I decided today to try some cinnamon extraction with Soxhlet apparatus. 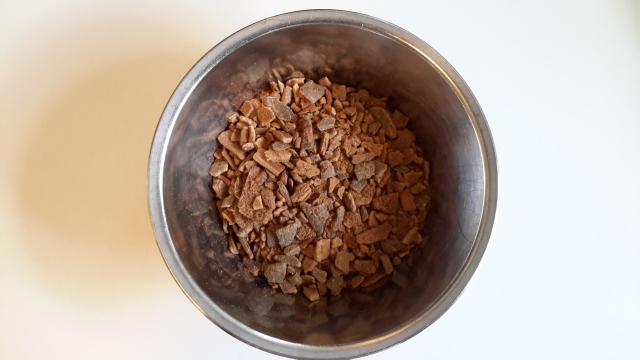 Cinnamon bark is crunched in small pieces to increase surface. 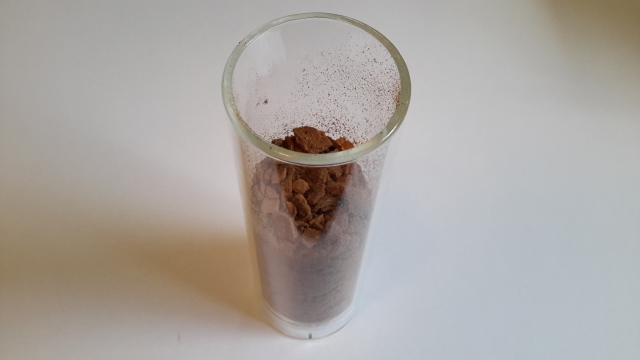 Then placed in a Soxhlet extraction thimble. 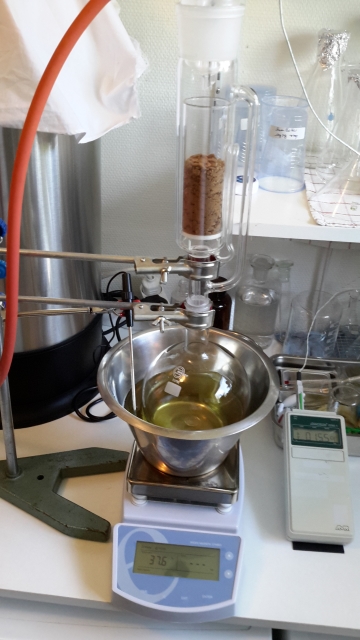 The Soxhlet apparatus is mounted. In the round flask 300 ml of 95% ethanol is poured. Temperature of oil bath is sat to 110 degrees Celsius in order to reach the boiling point of the solvent.

The extraction is carried out until the cinnamon is exhausted. This can be determined when the solvent in the Soxhlet apparatus becomes clear again. 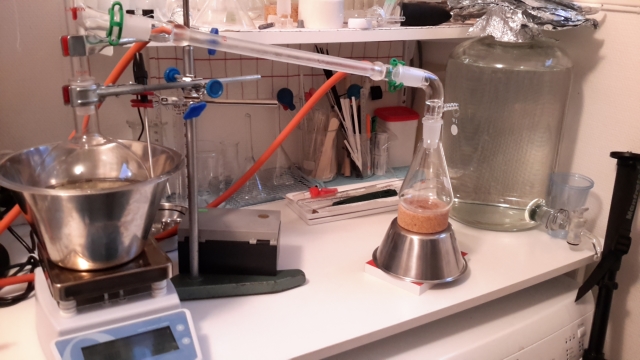 A simple distillation is now used to separate the solvent from the extracted matters. 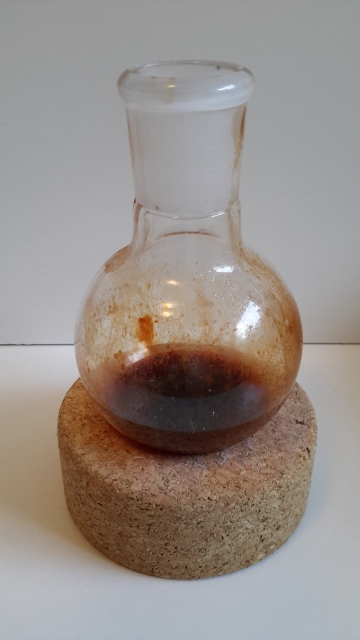 This is the result of the extraction. 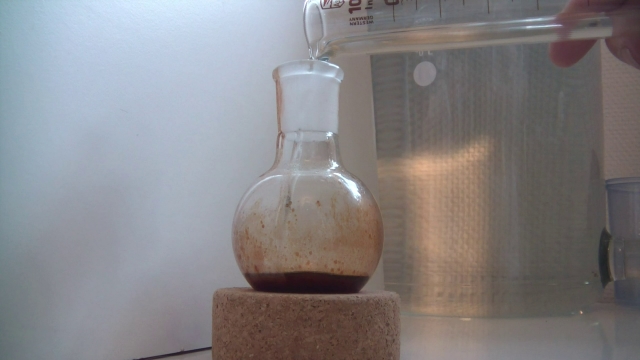 The extract is washed with some ethanol in order to dissolve the odorous molecules. 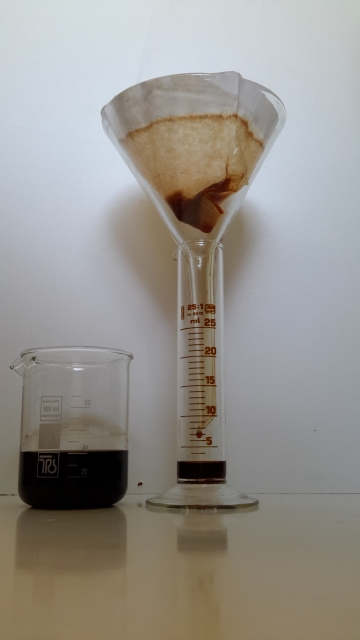 The mixture is then filtered to separate the waxes and pigments. Then the remaining product is frozen to remove the last traces of wax.